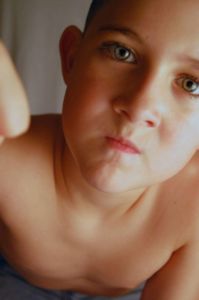 In 2009, the United States Supreme Court ruled on two Florida cases that challenged the sentencing of two Florida juvenile criminal defendants to life without the possibility of parole in non-homicide cases.  Two Florida juveniles were sentenced to life in prison without parole for convictions of crimes that were not murder, manslaughter, or another type of homicide.  Once of these Florida juvenile cases involved a Jacksonville juvenile criminal charge, State of Florida v. Graham.  The Jacksonville juvenile, Jamar Graham, was only 16 years old and accused of committing armed burglary in Jacksonville, Florida.  After being convicted of Jacksonville burglary, he was placed on probation.  When he was 17 years old and still on probation, he committed a home invasion armed robbery and charged with Jacksonville violation of probation.  Then, he was sentenced to life in Florida State Prison without any chance of being paroled.   When the United States Supreme Court heard his appeal, he was 22 years old.
In the narrow 2005 opinion of Roper v. Simmons, the U.S. Supreme Court ruled, 5 to 4, that juveniles could not receive the death penalty as it violated the 8th Amendment’s prohibition against cruel and unusual punishment. The 8th Amendment of the United States Constitution is applied to the States, including Florida, through the 14th Amendment. Graham’s Jacksonville criminal defense attorney based his argument on this decision.  Supreme Court Justice Kennedy spoke for the majority about this Jacksonville juvenile criminal case.  He stated that “the Constitution prohibits the imposition of a life without parole sentence on a juvenile offender who did not commit homicide. A State need not guarantee the offender eventual release, but if it imposes a sentence of life it must provide him or her with some realistic opportunity to obtain release before the end of that term. The judgment of the First District Court of Appeal of Florida is reversed, and the case is remanded for further proceedings not inconsistent with this opinion.”

When it comes to Jacksonville juvenile delinquents, it is obvious that children and teenagers are not the same as adults.  A child or teenager that has committed a crime in Jacksonville, does not have the same capacity to make logical and well-thought out decisions as an adult.  A child’s brain continues to develop into his or her early twenties, so they are more susceptible to peer pressure and acting on impulse.  When it comes to a Jacksonville juvenile delinquent arrest or Florida juvenile criminal charges, the Florida court systems should concentrate on rehabilitating the child or teenager.  If we do not rehabilitate our youth in Jacksonville juvenile cases, we are only going to create more criminals in our Florida adult courts.

As a Jacksonville criminal lawyer, I know that a child that is arrested as a juvenile in Jacksonville is still trying to find out more about himself or herself.  Jacksonville juveniles are still working on forming their personalities, so they are more likely to make decisions based on impulse and peer pressure.  By placing an overly harsh sentence on a Florida juvenile criminal defendant, such as life in prison without parole, there is no chance for rehabilitation.  Instead, the only focus is punishing the juvenile in Florida court.

If you need help from a criminal lawyer in Jacksonville with a Florida juvenile case in Duval, Clay, Nassau, or St. Johns County, contact a Jacksonville criminal defense attorney at 20 Miles Law.