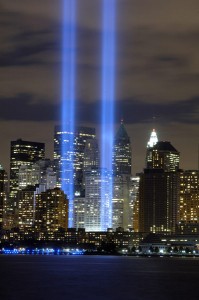 Most of us can remember where we were when two planes crashed into the World Trade Center in New York City on September 11, 2001.  Whether you were listening to the radio in Orange Park, watching the news in Jacksonville, or at work in St. Augustine, Florida, you remember the feeling that you felt at the time this horrific crime occurred.  As a Jacksonville Criminal Defense Lawyer, I have many opinions about the 911 terrorist attacks and the aftermath of crime against our nation.  I cannot see the images from the attack without my skin crawling and breaking out into goosebumps.

Jacksonville criminal lawyers often discuss the affect that the 911 attacks had on the law in Florida and through the nation.  Post 911, the laws regarding searches and seizures in Florida and nationwide changed.  When defending a criminal case in Jacksonville, Jacksonville criminal lawyers are confronted with 4th amendment constitutional violations.  This occurs when a Florida police officer conducts a search of a Jacksonville home or other location without a Florida warrant or an exception to the warrant requirement.  Also, when Florida police officers execute a Jacksonville search warrant, there are certain procedures that they must comply with under Florida law.  The United States Patriot Act permitted police officers to search your house or another location without informing you of it right away.  The reason that these Florida home searches were permitted was to find terrorists before they attacked innocent Americans.  As an American citizen, I want to be protected against terrorism, but I do not want my constitutional rights violated either.  As a Jacksonville criminal defense attorney, I know that the United States Patriot Act is often used in drug cases in Florida, such as Jacksonville drug trafficking or selling drugs in Jacksonville, Florida.

The United State Patriot Act also permits the FBI to request information from businesses, such as Florida banks and internet companies, to give your personal information without a judge’s approval.  If this is applied to a Jacksonville criminal case, a Jacksonville resident may be arrested and charged with a Florida crime based on something that was found in his or her personal and private information that has nothing to do with terrorism.

It is difficult to balance security and freedom.  As a Jacksonville criminal lawyer, you do not want to see our constitutional rights diminished.  On the other hand, as a woman that could not bear to lose a family member, you do not want to see another attack like September 11th.  While the Patriot Act and similar laws may have been meant to protect Floridians and the American people, when they are abused, people suffer.  Imagine that you are arrested in Jacksonville after Florida police have searched you, your house, or your car.  If you have been arrested in Jacksonville, you should talk to a Jacksonville criminal defense attorney about your case.  Your rights may have been violated in Jacksonville because of the search.

I do not mean for this article to come across as anti-American or as disrespectful to the victims of 911.  We will never forget their pain.  At the same time, upholding the constitution and protecting and defending people arrested in Jacksonville after being searched or detained in violation of the constitution is very important.

Samantha Peters, a student at Richmond Hill High School, produced a video setting forth the events of September 11th and captured the pain that we all felt on that date.  You may view the video at: http://www.youtube.com/watch?v=RdR6sg2KXQQ