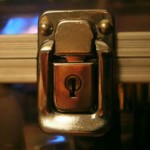 Lock Up Your Florida Criminal Record

Section 943.0585 of the Florida Statutes is the law that covers record expunging a Florida criminal record across the State, including Duval, Clay, St. Johns, Nassau, and other Florida counties.  This Florida record expunging law states:

“The person who is the subject of a criminal history record that is expunged under this section or under other provisions of law, including former s. 893.14, former s. 901.33, and former s.943.058, may lawfully deny or fail to acknowledge the arrests covered by the expunged record, except when the subject of the record:

1. Is a candidate for employment with a criminal justice agency;
2. Is a defendant in a criminal prosecution;
3. Concurrently or subsequently petitions for relief under this section or s. 943.059;
4. Is a candidate for admission to The Florida Bar;
5. Is seeking to be employed or licensed by or to contract with the Department of Children and Family Services, the Agency for Health Care Administration, the Agency for Persons with Disabilities, or the Department of Juvenile Justice or to be employed or used by such contractor or licensee in a sensitive position having direct contact with children, the developmentally disabled, the aged, or the elderly as provided in s. 110.1127(3), s. 393.063, s. 394.4572(1), s. 397.451, s. 402.302(3), s.402.313(3), s. 409.175(2)(i), s. 415.102(5), chapter 916, s. 985.644, chapter 400, or chapter 429;
6. Is seeking to be employed or licensed by the Department of Education, any district school board, any university laboratory school, any charter school, any private or parochial school, or any local governmental entity that licenses child care facilities; or
7. Is seeking authorization from a seaport listed in s. 311.09 for employment within or access to one or more of such seaports pursuant to s. 311.12.”

A Jacksonville Criminal Lawyer can help by expunging your Florida Record.  A Florida criminal record can be expunged if the Florida charges were dropped, dismissed, or never filed.  You can expunge a Florida criminal record if it been sealed for 10 years.  Even if you do not apply for a Florida record expunction, you may be able to seal a Florida Criminal Record.  Contact a Lawyer in Jacksonville to seal or expunge your Florida record at 20 Miles Law, (904) 564-2525.