Wow!  Really?!?  I just read an article that stated, “Geraldo Rivera finds real culprit in Trayvon Martin slaying: The hoodie.”  I am amazed. I am a Jacksonville Self-Defense Lawyer.  As a Jacksonville Criminal Lawyer, I have experience just about every type of Jacksonville self-defense case that I can think of, ranging from Florida’s Stand Your Ground Law to Florida’s Castle Doctrine.

In fact, I spend my day focusing on cases as a Jacksonville Florida Attorney.  For most of the day, I am in the Duval, Clay, or St. Johns County courthouses defending Florida criminal cases.  Then, I come back to my Jacksonville Law Office to research, call other parties and state attorneys, and make sure all of my Florida criminal cases are in order.  Before and after my work day as a Jacksonville Criminal Defense Lawyer, I work out.  I run, teach spin classes, teach boot camp, and more.  I love to have a physical release at the end of the work day, whether that includes wearing a hoodie or not. 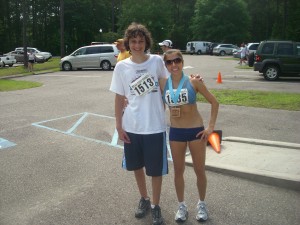 As a marathon runner, I am no stranger to running in odd places.  I have been following the Florida Martin/Zimmerman Stand Your Ground and self-defense case since the beginning.  While I have been amazed by the information that I have received in this Florida self-defense case, I read an article today that blew my mind.  Geraldo Rivera made a comment about Martin’s hoodie.  He believes that the hoodie made Zimmerman believe that he was a victim and needed to act in self-defense in Florida.  This led to Zimmerman’s need to shoot and kill Martin in Florida.

According to news reports about the Martin shooting in Florida, Geraldo Rivera stated

“I think the hoodie is as much responsible for Trayvon Martin’s death as George Zimmerman was,”Rivera said on Fox and Friends. “You have to recognize that this whole stylizing yourself as a gangsta—you’re going to be a gangsta wannabe, well people are going to perceive you as a menace. That’s what happens. It is an instant, reflexive action.”

Give me a break!  As an avid runner in Jacksonville, Florida, it is good to know that I should not be wearing a hoodie while running.  I will be sure to tell me 17-year-old nephew that we should not be running in cool weather together in Florida.  We would not want to be mistaken for Florida thugs that are committing felonies in Jacksonville.  To associate clothing with a crime in Jacksonville is one of the most ridiculous thing I have ever heard.