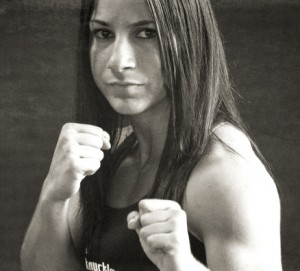 Recently, I have been writing several articles on this Criminal Lawyer in Jax website in order to give information about Florida self-defense and Florida’s Stand Your Ground Law.  Florida’s Stand Your Ground Law was created pursuant to Florida Statute 776.013.  This Florida self-defense law also governs the Florida Castle doctrine ,which permits deadly force to be used for home protection.

Florida Statute 776.013 for self-defense is listed below for Home protection; use of deadly force; presumption of fear of death or great bodily harm.

(2) The presumption set forth in subsection (1) does not apply if:

(a)  The person against whom the defensive force is used has the right to be in or is a lawful resident of the dwelling, residence, or vehicle, such as an owner, lessee, or titleholder, and there is not an injunction for protection from domestic violence or a written pretrial supervision order of no contact against that person; or

(b) The person or persons sought to be removed is a child or grandchild, or is otherwise in the lawful custody or under the lawful guardianship of, the person against whom the defensive force is used; or

(d) The person against whom the defensive force is used is a law enforcement officer, as defined in s. 943.10(14), who enters or attempts to enter a dwelling, residence, or vehicle in the performance of his or her official duties and the officer identified himself or herself in accordance with any applicable law or the person using force knew or reasonably should have known that the person entering or attempting to enter was a law enforcement officer.

(3)  A person who is not engaged in an unlawful activity and who is attacked in any other place where he or she has a right to be has no duty to retreat and has the right to stand his or her ground and meet force with force, including deadly force if he or she reasonably believes it is necessary to do so to prevent death or great bodily harm to himself or herself or another or to prevent the commission of a forcible felony.

(4)  A person who unlawfully and by force enters or attempts to enter a person’s dwelling, residence, or occupied vehicle is presumed to be doing so with the intent to commit an unlawful act involving force or violence.

(b) “Residence” means a dwelling in which a person resides either temporarily or permanently or is visiting as an invited guest.

(c) “Vehicle” means a conveyance of any kind, whether or not motorized, which is designed to transport people or property.